17th century Perigord is a county of sun-drenched villages and dark forests, languid rivers and moonlit lakes. It is a corner of France teeming with spirits, dryads and nymphs, and like everywhere else, witches are burned at the stake.

Born with the second sight, young fisherman Jehan wants nothing but to keep his head down, work hard, and stay out of trouble. Which works well enough until a suspicious string of bad luck befalls the village smith and his wife. Their adoptive son Giraud is everybody’s dashing darling, who behind his sooty smile and swashbuckling manners has buried a painful connection to the supernatural himself. Fearing that some evil is afoot, Giraud turns to the only other man in town who knows about the hidden world around them - Jehan.

Before long, they are embroiled in a quest involving brigands, witches and noble fey, while their friendship and attraction gradually shifts into something deeper. If they manage to survive ancient feuds and everyday prejudice, they might even have a chance to forge a Happily Ever After all of their own...

From Rainbow-Award-winning authors Beryll & Osiris Brackhaus, ‘The Blacksmith Prince’ is an old-fashioned, swoon-worthy historical fantasy romance about tender love in a time when history and fairy-tales were one and the same. 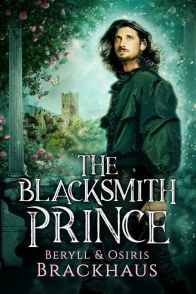 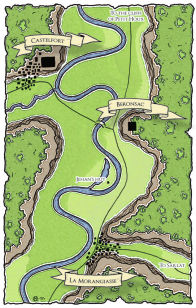 Map of the main locations of The Blacksmith Prince, artwork by KosmicDungeon. 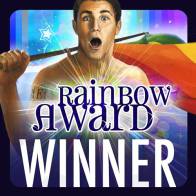 The Blacksmith Prince has won a 2017 Rainbow Award for Best Gay Fantasy Romance!

The Blacksmith Prince was published on July 14th, 2017.

The book is available on Amazon, Barnes&Noble, Kobo, iTunes, Smashwords and many more. More pre-order links will be added as soon as they pop up.

Have a look at the book's page on Goodreads!