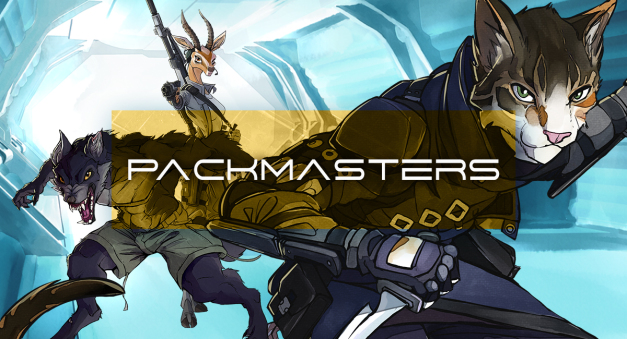 The war is over, the Packmasters are dead.

And none of that is true.

Twenty years ago, the evil Packmasters used their genetically engineered bestiae in an attempt to seize control of the galaxy. The Core Worlders wiped them out, scorched their planets and kept the few surviving bestiae as trophies.

As one of those pampered pets, Cat doesn't care about old stories. But as soon as he crosses paths with Ana, she suddenly becomes his heart, his soul, the centre of his life - just like a real Packmaster of old.

Together, they embark on a daunting quest to find out what really happened during the war, gathering up a misfit pack along with friends and enemies of all kind... 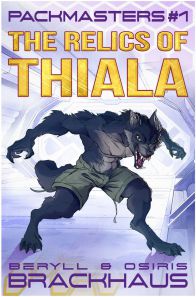 This dashing SF adventure novel is the first book in our 'Packmasters' series. 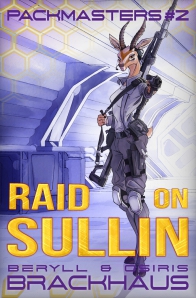 This dashing SF action novel is the second book in our 'Packmasters' series. 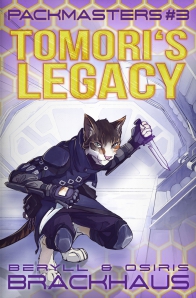 This dashing SF adventure novel is the third book of the 'Packmasters' series.

Much of the Packmasters action happens aboard their spaceship - the Lollipop. For reference, here's a floorplan. (Furniture shows layout before the pack moved in.) 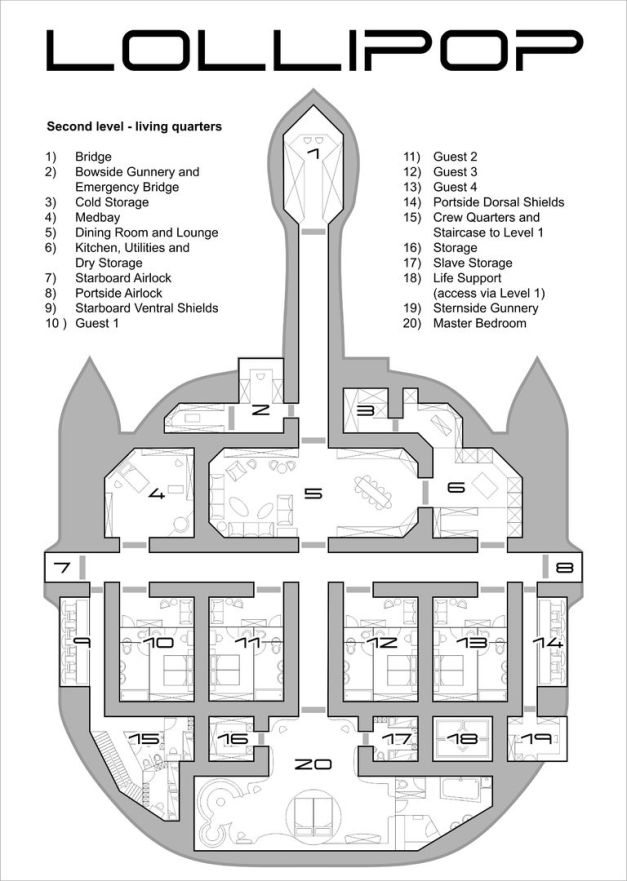